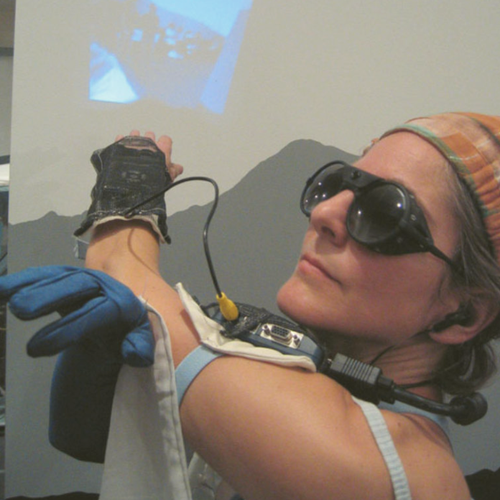 Talks covered by this speaker

CLARINDA MAC LOW was brought up in the avant-garde arts scene that flourished in NYC during the 1960s and ‘70s. She began performing with her father Jackson Mac Low and with Meredith Monk at the age of 5. Mac Low started out working in dance and molecular biology in the late 1980s and now works in performance and installation, creating participatory installations and events that investigate social constructs and corporeal experience. Mac Low is co-founder and Executive Director of Culture Push, an experimental organization that links artistic practice and civic engagement, and co-curator of Works on Water, a triennial that supports art that works on, in or with water and waterways. . Her other work has appeared at Panoply Performance Laboratory, the EFA Project Space, P.S. 122, the Kitchen, X-Initiative, and many other places and spaces around New York City and elsewhere in the world, including the Manifesta Biennial in Spain. Recent work and ongoing projects include: “Incredible Witness,” a series of game-based participatory events looking at the sensory origins of empathy; “Free the Orphans,” a project that seeks to “free” copyright orphans (creative work with unknown copyright holders), investigating the spiritual and intellectual implications of intellectual property in a digital age; “The Year of Dance”, an anthropology of the NYC dance world that that examines how bonds form in art-making to create unconventional family and kinship structures; TRYST, performance interventions in urban space; “Cyborg Nation,” public conversation on the technological body and intimacy; and and “Salvage/Salvation,” a collaborative installation and performance project that explores the philosophical, emotional and material implications of re-use, discard, decay and abundance Residencies including as a MacDowell Fellow (2000, 2016), through the Society for Cultural Exchange in Pittsburgh (2007) and as a guest at Yaddo and Mount Tremper Arts (2012). She received a BAX Award in 2004, a Foundation for Contemporary Arts grant, 2007 and a 2010 Franklin Furnace Fund for Performance Art grant. Mac Low holds a BA, double major in Dance and Molecular Biology, from Wesleyan University and an MFA in Digital and Interdisciplinary Arts Practice from CCNY-CUNY.

Your logo could go here!

If you'd like to get your brand in front of attendees following the categories this speaker is talking about (on this page, via email and during each talk) contact us.
We use cookies This website (and some of its third-party tools) use cookies. These are important as they allow us to deliver an exceptional experience whilst browsing the site. Learn more about our cookie policy. By closing this banner, scrolling, clicking a link or continuing to browse, you agree to the use of cookies. Accept
I need help
No I need help
No I need help