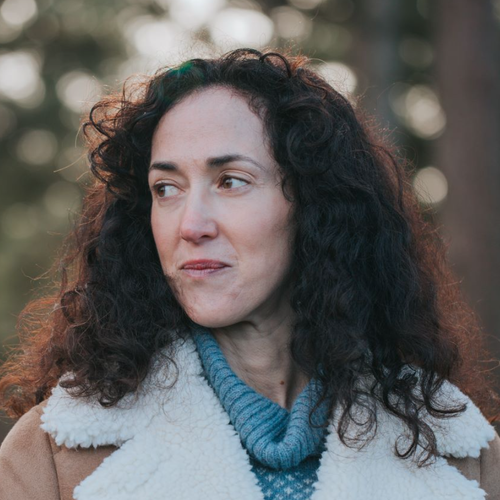 Talks covered by this speaker

Melanie Challenger studied English literature and language at Oxford University. Initially, she worked in the creative arts, in classical music and literature. She published a sequence of poems, Galatea, which won a 2005 Eric Gregory Award and was shortlisted for the Forward Prize for Best First Collection. In 2003, she adapted the Anne Frank diaries for a choral work by James Whitbourn, which was premiered under Leonard Slatkin in 2005 and continues to be performed extensively.

During this time, she began to focus her research interests on environmental history, and on interdisciplinary work on the relationship of humans to the living world. Her first non-fiction book On Extinction: How we became estranged from nature was published in 2011. It was selected by Publishers Weekly as one of the best non-fiction books of 2012 and received the Santa Barbara Library’s Green Award for environmental writing. “Surely the most poetic book on the environment published this year,” (Roger Cox, Scotsman’s Books of the Year). She was the recipient of a Darwin Now Award for her research in the Canadian Arctic and the Arts Council International Fellowship with British Antarctic Survey for her work on the history of whaling.

From 2007-2010, she was a Fellow at the AHRC Centre for the Evolution of Cultural Diversity at University College London. Prior to this, she also edited Stolen Voices, an anthology of young people’s wartime diaries with Bosnian writer Zlata Filipovic.  More recently, she has focused on environmental philosophy and bioethics. She has been a visiting scholar at the Hannah Arendt Center for Politics and the Humanities and a visiting fellow in the philosophy department of Durham University. In philosophy, her interests are across environmental ethics and philosophy of biology. She is a current member of the Nuffield Council on Bioethics. She is also a member of CEP, a global collective of environmental philosophers.

Melanie continues to work in the creative arts. As the librettist for British composer Mark Simpson, she provided the text for his Manchester International Festival oratorio, The Immortal, which won the 2016 Sky Arts/South Bank Award for classical music and received its London premiere at the 2017 BBC Proms under Juanjo Mena. Their first opera together, Pleasure, was co-commissioned by Royal Opera House, Opera North and Aldeburgh Music. Starring Lesley Garret, it toured in 2016. Together, they were 2013 Jerwood Opera Fellows. Melanie lives in the middle of a forest with her husband and two young sons.

Your logo could go here!

If you'd like to get your brand in front of attendees following the categories this speaker is talking about (on this page, via email and during each talk) contact us.
We use cookies This website (and some of its third-party tools) use cookies. These are important as they allow us to deliver an exceptional experience whilst browsing the site. Learn more about our cookie policy. By closing this banner, scrolling, clicking a link or continuing to browse, you agree to the use of cookies. Accept
I need help
No I need help
No I need help